Restoration of the Burslem Branch Canal in Stoke-on-Trent takes a giant stride forwards this month with the announcement of a new footpath and publication of a new strategic action plan.

Led by volunteers from the Burslem Port Trust, and backed by the Canal & River Trust charity, Stoke-on-Trent City Council, Stoke and Staffordshire Local Enterprise Partnership, Inland Waterways Association and Trent & Mersey Canal Society, the restoration of the disused canal arm off the Trent & Mersey Canal looks set to play a major role in the planned regeneration of the Etruria Valley.

The first step in the grand vision is for the construction of a footpath, following the line of the former canal towpath. Interpretation along the route will tell visitors about the area’s fascinating industrial heritage. Funded by grants of £45,000 from the Council’s Community Investment Fund and £5,000 from the Canal & River Trust, the project will be delivered by Burslem Port Trust volunteers and work is expected to start in the New Year. The Trust invites anyone who would like to get involved in this exciting project to a meeting at Middleport Pottery on Saturday 24 November, 10:30am – 12 noon.

The report concludes that key economic outputs from restoration of the disused canal arm would include the creation of 133 new jobs, 270 new canalside homes, 6,500 extra annual visitors and up to 2,300 boat movements per annum. The report predicts the project could attract inward investment of £16 million worth of construction, creating nearly 300 temporary jobs.

Roger Savage, Burslem Port Trust chairman said: “This month marks a really exciting step change in plans to restore the Burslem Branch Canal. This short canal arm has been closed since 1961 when a breach occurred near its junction with the mainline Trent & Mersey Canal. Over the years, the bed has been filled in and is now in the hands of several land owners.

“This new report confirms there is sound economic benefit for investing in the restoration of the Burslem Branch Canal. We are delighted to be making the first tangible steps on that journey by creating a new footpath along the canal route. We are very keen to recruit more volunteers to help in this mammoth, worthwhile task and would urge anyone interested to get in touch or come to our meeting on Saturday 24 November.”

The Canal & River Trust, which cares for 2,000 miles of the nation’s canals, including the Trent & Mersey, is a major supporter of the project. Enterprise manager Simon Papprill said: “Canal restoration has been a major catalyst for urban regeneration in many UK towns and cities. It is a well proven formula for promoting successful development and economic prosperity. We know people feel happier and healthier by water, so this restoration would bring significant benefits for residents.”

David Frost, chairman on Stoke-on-Trent and Staffordshire Local Enterprise Partnership, said: “It is great to see this important piece of Stoke-on-Trent’s industrial heritage being brought back to life. It will be a valuable addition to the growing range of tourism, cultural and leisure destinations developing in and around the city, making Stoke-on-Trent an increasingly attractive place to visit, and will also contribute to our wider plans to regenerate Etruria Valley.”

The restoration project aims to bring boats back to Burslem and breathe new life into Middleport. It will involve the excavation of the old canal line from the Trent & Mersey Canal junction, covering a route 3/8 mile as far as Furlong Mills in lower Burslem.

The completed project would deliver:

The restoration of the Burslem Branch Canal was first proposed by the Trent & Mersey Canal Society about 30 years ago and in 1990 a special canal society sub-committee launched the idea to the public. This has since won the support of the Inland Waterways Association (IWA), Middleport Matters community group, the Environment Agency and Severn Trent Water. 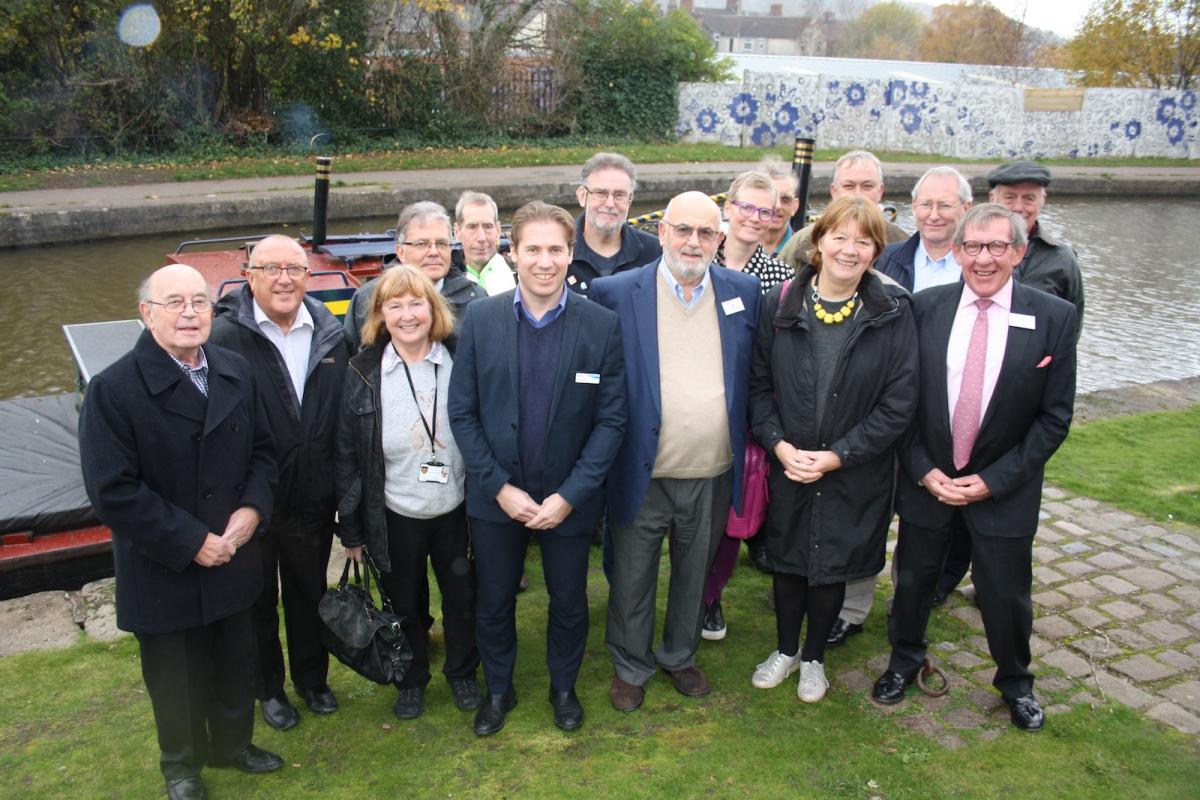 Some of the attendees at the launch of the Burslem Port Strategic Action Plan, 19th November, 2018